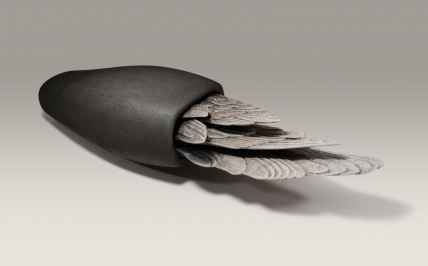 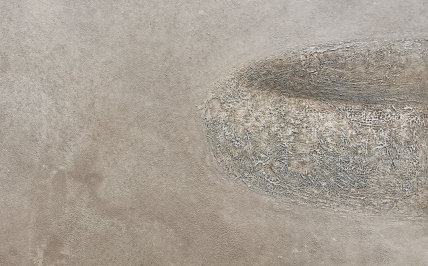 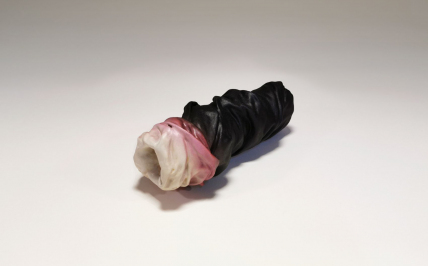 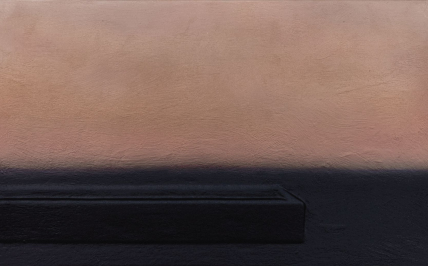 The sound of visual expression

The domain of Andrzej Fydrych’s works is not the space of an object. The artist gets away from the material sphere of life to the field of thought, imagination and feelings. He does not focus his attention on individual facts, transient events and purely external observations. His interests do not relate to the visual perception of everyday reality. The art he is concerned with is the art of visual verbalisation of ideas, the essence of phenomena, laws that govern them; it is the message concerning generalizations derived not only from the areas ruled by our vision but most of all from the field of philosophy.

If in case of this artwork it was appropriate to use the term expression, it would rather mean an emotional charge and expressionism would be philosophical in its character.

We deal with ambiguous images that are full of misunderstandings. They are works in which created forms are often allusive. The artist, however, does not tend to make images real in the perception of the audience. They exist more for him than for others, they are an expression of an emotional reaction to external sensations. The allusive character of the works is attractive, it forces us to make comparisons with surreal forms, evokes associations with creations of science fiction. Nevertheless, the artist has no intention to trigger close imagery connotations. He is rather interested in the abstract dimension of artistic compositions.

Not only does Andrzej Fydrych try to give shape to what is inconceivable, but he also searches for a new unknown unique visual language to express a given notion. He looks for simple forms which simultaneously feed imagination, partly rooted in the familiar reality, yet being merely a source of inspiration. The result of this search is specific, individual, separate from any already existing designators. Innervated organic objects-forms are created − sometimes depicted as if in a cross-section – the ones that have unidentified consistency, purpose and manner of existence. Suggestiveness of the message is enhanced by the subtle color. Its conventional character has a strong impact when compared with the concrete form.

To achieve the final expressive effect the artist applies spectacular methods. By their combination he is able to reach amazing fresh results. It is worth emphasizing, as Andrzej Fydrych also uses techniques which are difficult to ‘tame’ thoroughly, such as e.g. collagraphy, the method that hinders the repetitive effect and perfection.

The structures revealed by the artist are His Symbols – representations of notions and emotional and psychic conditions condensed in form, relating to what is obscure and not described in a credible way, to the message content that is primary and universal. They seem to stand still for a moment, in the act of specific self-presentation; however, their spiral circulating shapes (a unique contemporary figura serpentinata) often foresee their internal potential power.

If abstract notions are regarded as the physical matter, we can imagine that they also have the external form and the internal structure, they have the color, texture, they move and make sounds.

They exist in the symbolic, psychological, intellectual realm. Therefore, most of them lack stage design and the space is sometimes determined by the suggestion of movement; it is fostered by frequent reference to curvilinear forms, similar to ovals, ellipsoidal curvatures, suggestions of rotation. The indefinite space is also marked by slowly brightening and gradually fading color zones or colored areas of varied hues. [...]

Juxtaposition of planes on canvas, those covered with thin layers and those rough and rolling, enriches abstract notions with real spatial structure. Looking through the attractive epidermis of images, we try to discover the hidden implications.

When we observe Andrzej Fydrych’s works we experience the presence of a variety of antinomies, the states of tension that accompany them and the pressure to reach balance. It is a contrast of the flat pure vast background and the focused aggressive sign, dualism of cleft forms, diversity of space on two opposite sides of the gate, antitheticality of calmness and expression, chaos and order, heaven and hell. It is duality of the state of consciousness and unconsciousness.

If we were to consider the formal layer of this artwork, we could risk the statement that the dual imagery elements are not only the symbol of contradictory opposites. It is also a revelation of the condition of crossing the boundaries between subsequent stages of creation, the necessity of transition from one kind of imagery to another, a change of artistic sensitivity.

To understand the reality is to recognize what is common in the | 19 diversity of its manifestations. Such view was the outline of the earliest concepts of harmony and rationality. Even for the Pythagoreans the number was a close equivalent of arche in the Ionic philosophy of nature – so the principle of the world was formal in its character. In the theory of visual arts and in most other fields which were associated with aesthetic properties, the core of definitions of many basic concepts (such as harmony or dissonance) is a set of abstract, purely intellectual relations. Such understanding of beauty was also or perhaps mainly applied in the theory of music, most clearly in the ancient concept of Music of the Spheres. Harmony of the Spheres was not just a literary or philosophical metaphor. It was believed that the structure of the Universe actually corresponds with the structure of a piece of music, that the world was created from chaos with the use of the sound and harmony, according to the rules of musical proportions. When the soul experiences harmony, it simultaneously recognizes the whole cosmos
which stands for order.

Andrzej Fydrych does not treat his work as the production of beauty, yet at the same time he is not keen on anti-aestheticism either. He does not simply create in the spirit of prevailing traditional perception of beauty. In his work this notion is universal and total, covering all attributes. The artist builds synthesis which consists of visual and non-visual factors, which stay in harmony.

We feel it when listening to music which creates mood, stimulates imagination, evokes associations and lets us better understand the nature of universal phenomena. Andrzej Fydrych’s works often originate from reflections accompanying contemplation of musical compositions. The author mentions it himself. Moreover, the titles of his works – sounding with implications concerning the area of thought and psyche – indicate the source of inspiration. However, the artist (who might be suspected of a kind of synaesthesia) does not make a visual illustration of audial compositions. It is not a kind of program music, rather a visualisation of reflections from his experience. Sounds bring representations of different relations and formal situations. They yield shapes with more general universal meanings. And those simultaneously turn into audial phenomena.

The stage is entered by another actor − time. Forms resonate and sound in the next dimension. Solo, in double chords and triads. We listen attentively to their major and minor chords. A moment’s reflection will show that if graphic and painting images belonged to the space-time world, perhaps with time the shapes, textures, colors and lights would resound until they have faded away.

Andrzej Fydrych "The coating" - the opening of the exhibition